in the solar Colombia, as a child discovered the world of culinary thanks to his beloved mother, who seemed out of nothing could prepare something delicious for the whole family.

At school age, Hector was interested in the visual arts,
but fascination with culinary becomes stronger,
and in 1989 he successfully passes the exams in the Metropolitan School

of Culinary Arts in Bogota to become an artist of haute cuisine. He successfully combines the education with work in restaurants of the capital of Colombia.

After completing education in 1991, energetic and full of ideas Hector works in the most prestigious restaurants in their home country, and from 1994 to 1997 teaches at the National Culinary Academy of the Colombian city of Medellin

Soon, the foreign experts of haute cuisine are paying attention for a talented chef, and in 1999 Hector receives the appointment, which he calls a turning point in his fate: only at the age of 27, he

becomes the chef of one of the most luxurious hotels in USA - Hilton Boston Back Bay.

Passing the High School in Hilton, Hector accepts the offer to open a five-star hotel complex Brookstreet Hotel and Resort in Ottawa and developes a career in Canada during six years. There was born his culinary style «Nuevo Latino» - harmonious and unique combination of findings of the French,

In 2006, already received Canadian citizenship, the Colombian chef suddenly receives an invitation to work in Russia - this time in Radisson SAS Royal

Hotel in St. Petersburg. Is This

cooperation has brought him the prestigious Best Hotel

Restaurant Award from the TimeOut magazine.

Beginning from 2007, Hector realizes thet he has an objective interest in the finer points of the national cuisine of different nations, working first in the Maldives, where he became the leader of the team of chefs of W Retreat & SPA

and the Sheraton Full Moon Resort, and then - in Singapore and Hong Kong.

And in 2009, Hector Jimenez-Bravo arrives to Ukraine, accepting the offer from an international hotel chain InterContinental Hotel Group. He is not only involved

in the opening of a five star hotel InterContinental Kiev, but also develops

and introduces the concept for restaurants.

Natural artistry of this

extraordinary man found a bright place on television. Since 2011 he becomes a judge of popularly beloved project "MasterShef". In 2012 - TV presenter of the show "Culinary Dynasty". And in 2014, also becomes the judge of the "Ukraine Got a Talent".

In 2013 Hector opens in Kiev International Culinary Academy, where, under his leadership, the future culinary stars are born.

The Culinary Academy of Hector Jimenez-Bravo has become a unique place where the love of cooking unites completely different people.

Love to the "high" cuisine can conquer even the most demanding palates. Among the famous admirers of cooking talent of Hector are the British Queen Elizabeth II, the 73rd Prime Minister Tony Blair, American singer and actress Madonna, the British supermodel,

actress and singer Naomi Campbell and many others...

Striving for perfection in style of Hector - is a continuous development. Today he is not only a world famous chef, but also the founder of the consulting company Bravo Restaurant Group.

How he manages at the same time to travel

and write a book dedicated to his visits, as well as culinary tastes of different continents - an enigma. But

therein lies the secret of his success!

Professional skills of original Colombian chef appreciated the London Society World Master Chef, honoring in 2011 the title of Master Chef world class (World Master Chef). A World Association of Cooks Chaîne des Rôtisseurs, founded in 1248 (766 years ago!), was pleased Hector in their ranks, recognizing him as one of the best chefs in the world. 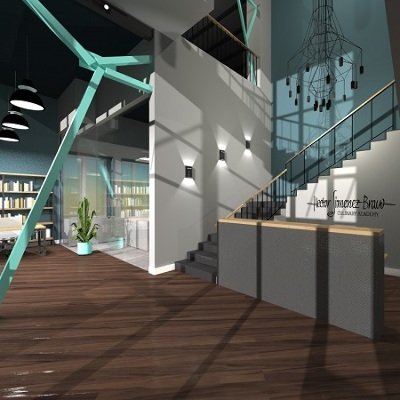 Dear friends, as many of you already know, we want to inform you once again that from the 1st of February 2016, our Academy becomes bigger, better, more beautiful and more professional.

Very soon, we will open the doors for you in our new academy area of more than 520 sq. m. Each of our students and visitors can enjoy spacious classrooms, equipped according to the highest standards required for first class culinary and pastry education. We will have a great culinary and pastry classes, rooms for practical master classes, specially equipped baking class, and a studio for demonstration master classes and for a food photo and video shooting. In addition, the Academy will operate a cafe, where you can just have a snack or try delicious desserts. Welcome to the Hector Academy of Culinary and Pastry Arts. 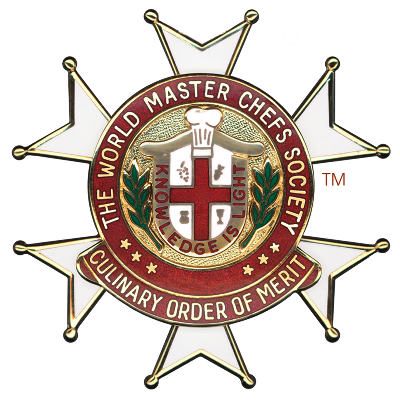 CULINARY ACADEMY WAS RECOGNIZED BY THE WORLD MASTER CHEFS SOCIETY

We are proud of our Culinary Academy and try to do everything for our students to become a part of the world of culinary and pastry community. Today we are pleased with the wonderful news - the high standards and education quality of Culinary Academy of Hector Jimenez-Bravo have been recognized by World Master Chefs Society.

To be recognized by this community - a great honor and a worthy reward of our efforts, and certainly a great advantage for our students. When you receive a diploma - you become for one step closer to the dream. 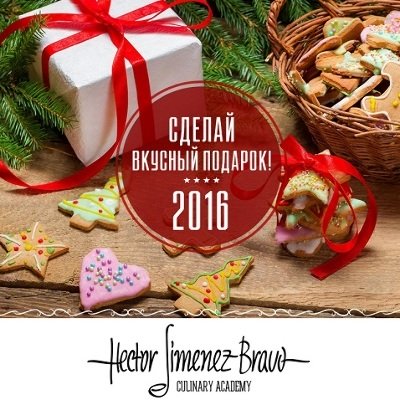 Journey to the gastronomic world with Culinary Academy of Hector Jimenez-Bravo would be the best gift for your colleagues and friends. Give them a holiday atmosphere taste and aroma!

Details and registration by phone: